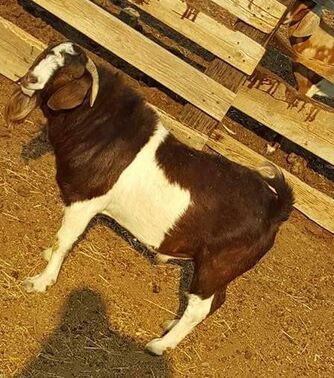 ​MRDW3 Hollow TNT
Fullblood Boer Buck
ABGA#:  10610673
This beautiful boy is the replacement that I got after the passing of my buck Abe. I am super excited to see how his babies come out as he has a spotted background!
​
Breeder: Makenna De Witt 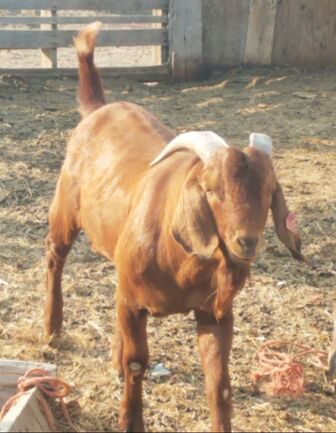 HANN Major Eclipse
Fullblood Boer Buck
ABGA#: 10755049
Major has a pedigree that combines some of the best genetics in the industry in a pretty red package. He himself is a little small due to a bout of illness as a youngster, but that sure doesn't affect what he can produce. I have been impressed with every kid of his that I have seen and we hope that he does as well for us as he did at his last herd. We are excited to have his genetics to add into our herd as a bit of an outcross for some of our does. 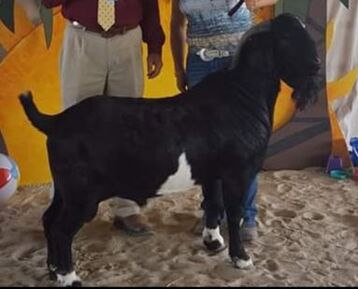 STO Deja Vu
Fullblood Boer Buck
ABGA#: 10628195
This wonderful buck I got to take my herd to the next level and add some much sought after color in the process. He has 16 ABGA points and has passed both inspections for ennoblement. I hope to be able to show him enough and get enough points to get him ennobled.
UPDATE: Deja Vu did not take this last winter well and is having problems getting back up to where he should be. We are unsure of what is actually causing it and we are working diligently with the vet to figure it out and get him better. Sadly, we decided that he had had enough of the treatments and wasn't getting any better and decided it was the end of the road for him and he crossed the rainbow bridge in December of 2017.
Purchased From: Shelley Clark 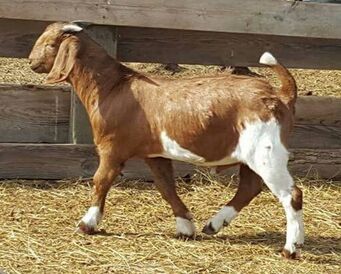 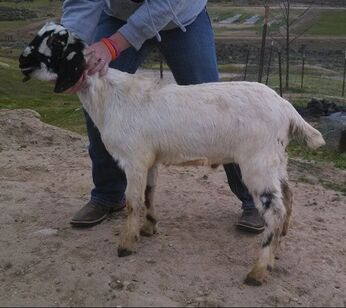 We recently purchased Thor from Owyhee Colors to breed to some of our dairy does and help with our color program that we are working on. He is an eighth boer so hopefully he will be able to add a little more thickness to our dairy does as well as milk production.
Sold April 2017 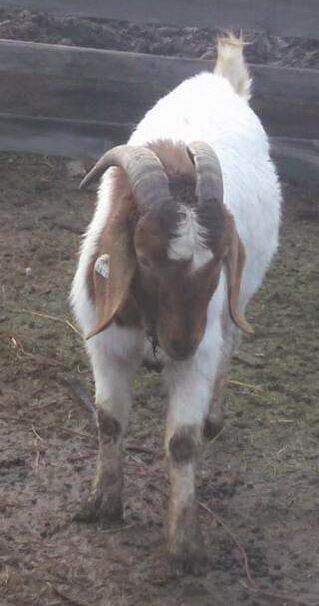 SDS1 Abe's Legacy
Fullblood Boer Buck
ABGA#:  10621252
This buck is the only fullblood buck I have out of my buck Abe. I also have Legacy's twin sister. He will be bred to a limited number of does as he does not have as much color in his background.
Purchased From: Stormy Slate

FJN High View Money's Big Guy
Fullblood Boer Buck
ABGA#: 10608010
This buck I bought for multiple reasons. First, my doe herd is growing and it is going to take more than one buck to cover them all.  Second, he is from the same herd as my buck that passed was from. And third, he also has a spotted background with Max Boer Goats Red Hot $ on the top and RRD Guage on the bottom! I am hoping for babies with a lot of muscling and good bone and hopefully color from Big Guy.
Purchased From: Fred Shwartz- High View Boer Goats 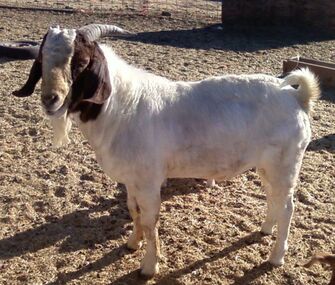 This buck is my first registered goat. We bred him to our commercial herd and now have many 50% kids out of him. 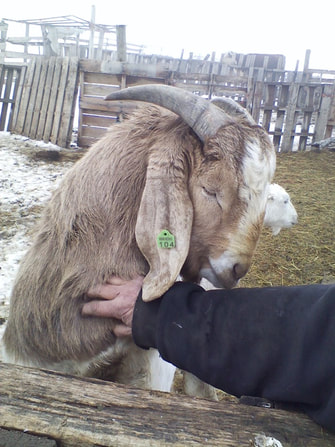 This is my newest buck. He is a very powerful, thick buck that passes his thickness and sweet disposition on to his offspring.
He was bred to a limited number of does as most of my does were already bred.
UPDATE: Abe died when he bloated for unknown reasons. He will be greatly missed, but we are very happy with what he did for our herd while he was with us.