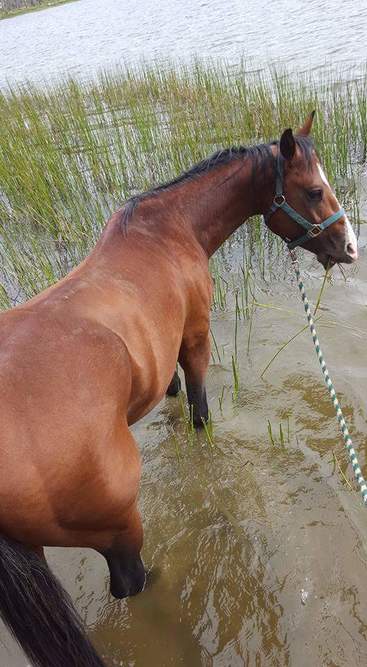 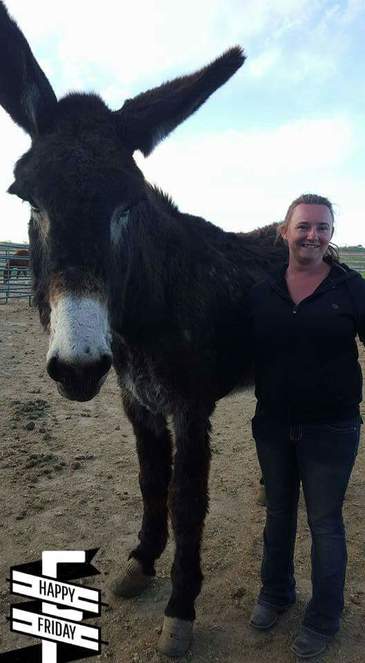 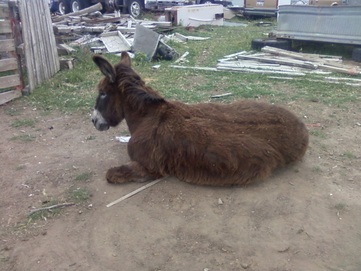 We bought Tigger at the livestock yard. I honestly don't know why we bought him. But he's here now and is like a very large dog. He free ranges around the house and fends for himself. 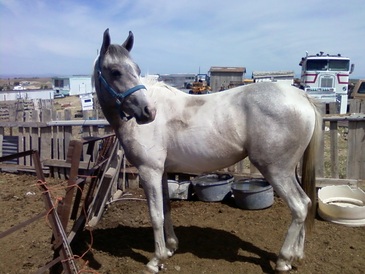 I was looking for a new horse to train this summer and went "horse shopping" on craigslist and found this colt. His previous owners had bred him and his full brother and then later decided that they didn't need that many horses and to just keep his dad as their only horse.

He is in training now and has about 60-70 rides on him. He is doing reallly well, but just like any young horse, he has his days. 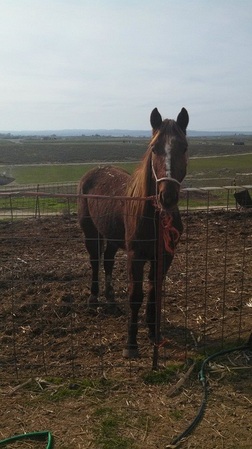 I helped one of my friends get this little guy in August. He had been around people a lot and was very friendly, but had never been halter broke or anything. It took a little while to get a halter on him and a little longer than that to get him in the trailer. My friend worked with him a lot while she had him. She had never trained a horse before and was slightly overwhelmed and had the opportunity to get an already trained horse. So she asked me if I wanted him.
I now have him walking into the trailer with no problems at all and I recently had him gelded. He is very smart, and he will take the harder route to do something if he knows that is what he is suppose to be doing. I am very excited to have him and another horse to train. 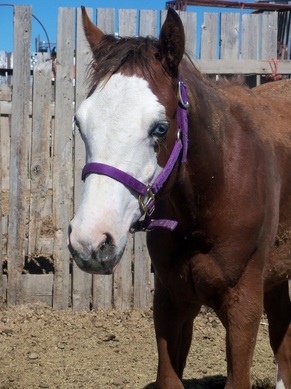 I bought Kate also from the livestock yard. I bought her when she was a year old. She had never been handled before I got her and was not overly happy with the idea of starting to be handled. When I was first starting to try to put a halter on her she reared up and hit her leg on the fence. When I get her home she fell while we were unloading her. She seemed fine after both of those incidents, but a few months later her knee swelled up and the swelling has never gone down. We have tried many different methods of treating it, but it never seems to get better. So for now, she is a backyard pet and we are trying her out also as a broodmare this year.

UPDATE:  Because of Kate's bad knee we didn't feel like she could carry a foal to term and her knee was just getting worse and it was becoming harder for her to walk on. We had to make the hard decision to put her down so she would no longer be in pain. 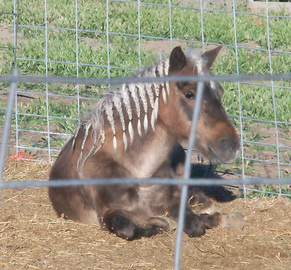 Acorn was my first pony. She was given to me by my headstart teacher when I was 8 years old. She had been abused by the owners previous to the ones I got her from and was very timid. With a lot of attention and handling I was able to calm her down and ride her. I had a wonderful time learning to ride on her. She was the perfect teacher for me as she was just like me; bullheaded and stubborn. But it taught me to take the time to get to know and understand your horse, not just try to make it do what you want it to when you don't even know what it can do.

UPDATE: Acorn passed away this winter after she had been in the care of someone else and was not fed well enough for her old age. She lived a long, full life. Thank you Acorn! You will be forever missed. 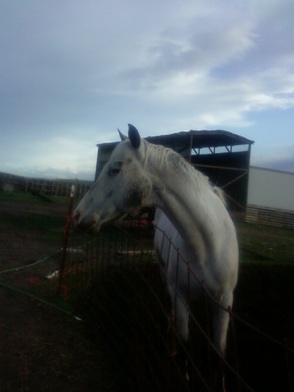 I bought Patrick from another family friend who was getting too old to take care of so many horses anymore. Patrick was mostly blind in both eyes due to an eye disease (not the normal disease that Appaloosa's get).  He passed away also this winter, from what I believe, was heartache. He had been with his previous owner since he was 3 days old and I bought him this summer. He never seemed to do very well after I brought him home. I think he missed his previous owner.