I love horses. Horses and goats are my passion. I train my own horses and occasionally help others train their horses. I am a rescue of sorts. I buy horses that people just don't want anymore. There is not necessarily anything wrong with these horses, but they are unwanted. My intention is to buy a horse train it or rehabilitate it until it can be rehomed. 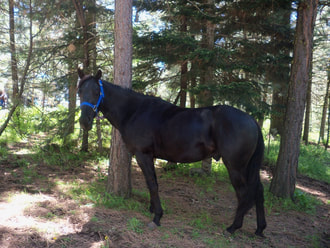 I bought Magic as a 2 year old from the livestock yard. He was the first horse I trained and has turned in to a very nice horse. He is now my show horse and the horse of choice for anyone that comes to ride my horses. He has very smooth gaits and loves to run. 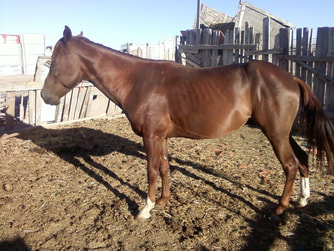 I bought Charlie when he was 6 months old also from the livestock yard. He was coming along really well on his ground work when some of my families' friends were looking for a horse for their grandchildren to play with. He was small and a very easy going horse and I had other horses that I was full-on training and didn't really have a lot of time for him, so I gave him to them. They seemed to be taking really good care of him, but had apparently let his feet get out of hand and decided that they couldn't handle it anymore and that his feet coudn't be fixed and to put him down. We saved him from being put down and I personally did his feet and we put weight back on him and he has been in training for about a year and a half now and is coming along very well. 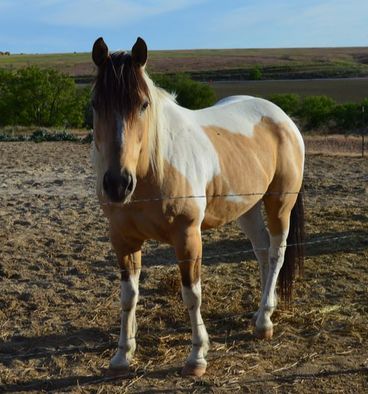 One of my friends bought Moses as a bit of a project horse that hadn't had work in a long time. He was a bit of a nutcase, and had a lot of bad habits to break. Things fell through with my friend taking care of him and he ended up mine. He has since gotten a lot of attitude adjustments and is my husbands favorite horse to ride, they get along really well though Moses and I still have our days that we don't get along so well. 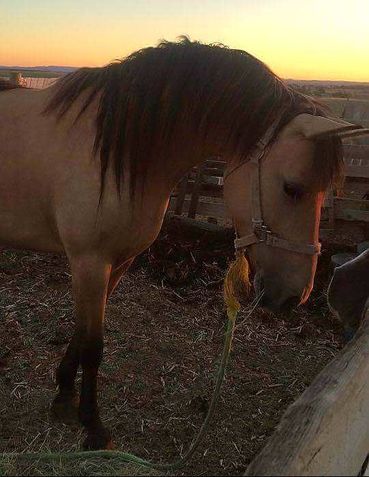 I bought Jolly with nearly no training. At 4 years old she had already had and weaned 2 foals. She was barely halter trained and wouldn't let anyone near her. Once you could get close enough to get a hold of her halter, she was terrified because she had never really been touched. She also hadn't hardly had any horse interaction and was kept penned by herself with no other horses in sight. I have been working on her training very slowly since I got her letting her get desensitized to all the new sights and sounds that are around her. She has calmed down a lot just being around a more hectic environment. In the few formal training sessions I have done with her, she has come a long ways and it won't be long until I am able to ride her with no issue. 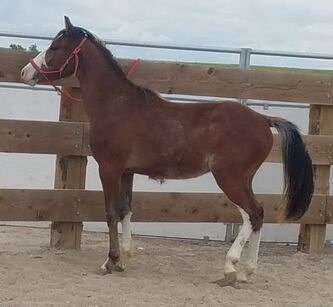 Jack is the sweetest little colt there is. He doesn't have a mean bone in his body he just wants attention. Being as young as he is and not being gelded yet he has a few things that need to be worked on still, but that will come with more training. He has a bit of a problem understanding personal space and liked to be in your bubble, but he is still fairly respectful when he is in your bubble. I can't wait until he is old enough to ride, he is going to be a really good little horse. 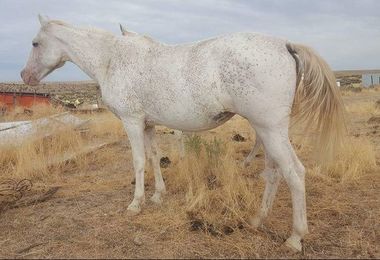 Jessie is a great babysitter horse and is wonderful with kids. She's a little stubborn for adults to ride because she likes doing her own thing. She is also a great follower and is very good in the mountains. She is a sweetheart and passes it on to her colts.
Powered by